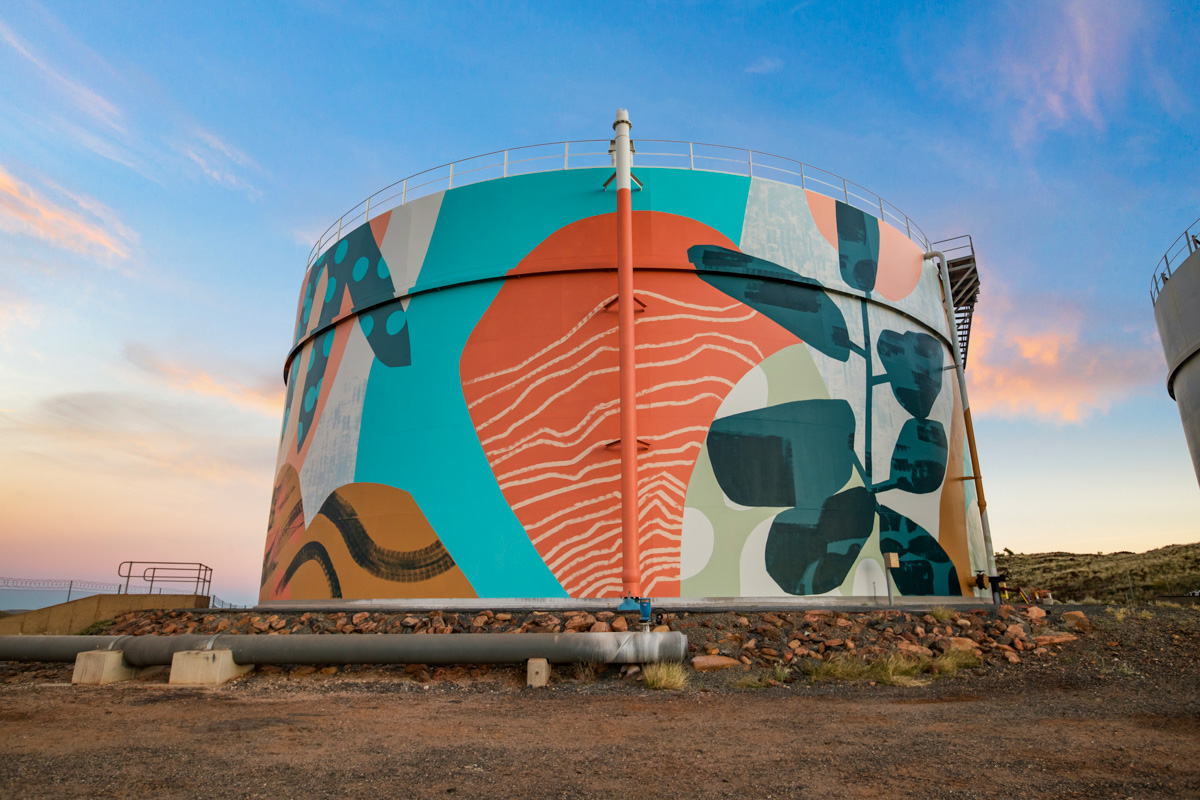 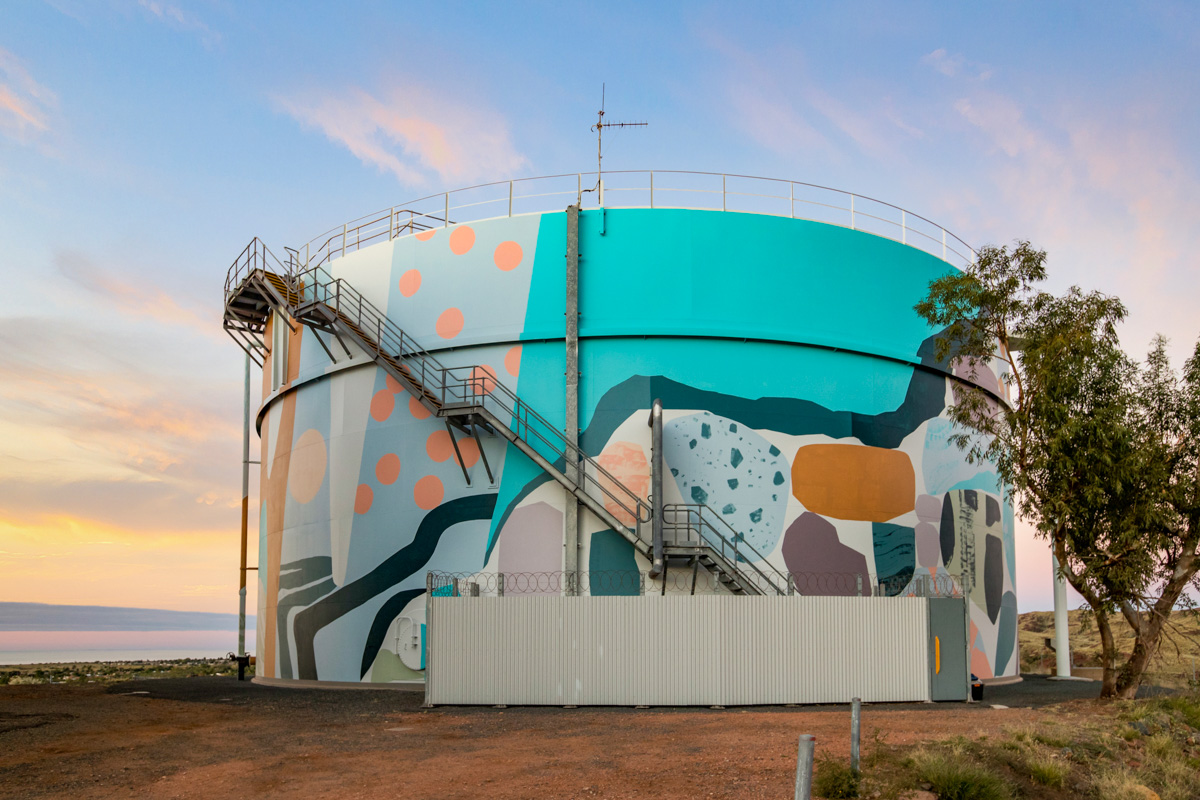 Overlooking Karratha’s CBD, Water Corporations water tanks are highly visible from the surrounding region, including along Dampier Highway, from the city centre, and from the air approaching Karratha’s airport. The water tanks have become well-recognised icons for the City, recently enhanced by the addition of a lookout beside the tanks, providing an excellent vantage point to view the City, the Burrup Peninsula and Nickol Bay. The water tanks and adjacent lookout also mark the entry to the Yaburara Heritage Trail - a popular and significant cultural walk through the Karratha hills.

In recognition of the thriving arts and cultural sector, the City identified the tanks as an opportunity for a significant public artwork, in line with the state-wide trend of mega murals on industrial infrastructure assets. The project received support from Water Corporation, in recognition of the potential for the tanks to become an iconic artwork, signalling Karratha’s position as a regional cultural hub.

As public art consultant, element was engaged to lead the procurement of this artwork for Karratha’s highly visible Water Tanks. Complex site considerations and requirements were integrated into artist briefs, released via a tender process in early 2020. element then worked closely with the City and the selected artist to develop the artwork, delivery methodology, community engagement and relevant approvals.

Following an expression of interest, which garnered national and international interest, Western Australian artist Chris Nixon's artwork has been selected and endorsed by the City’s Cultural Advisory Group and elected members to create a mural on one of the town’s prominent water tanks.

The artwork is due to be delivered in June/July 2021. 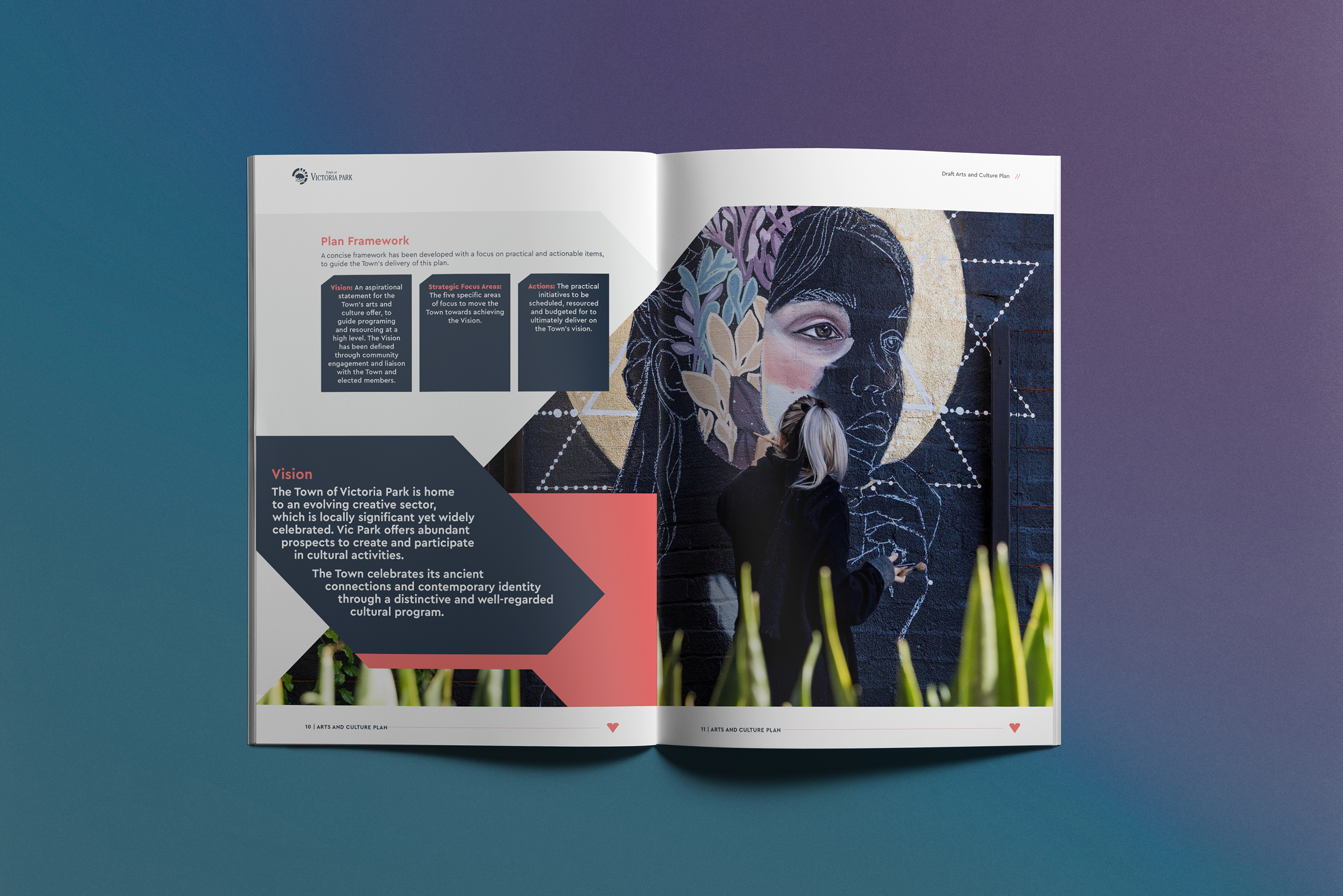 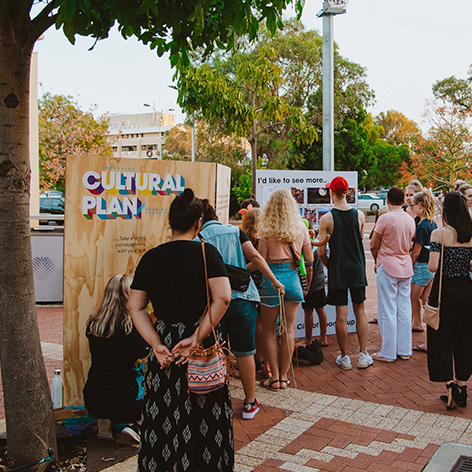 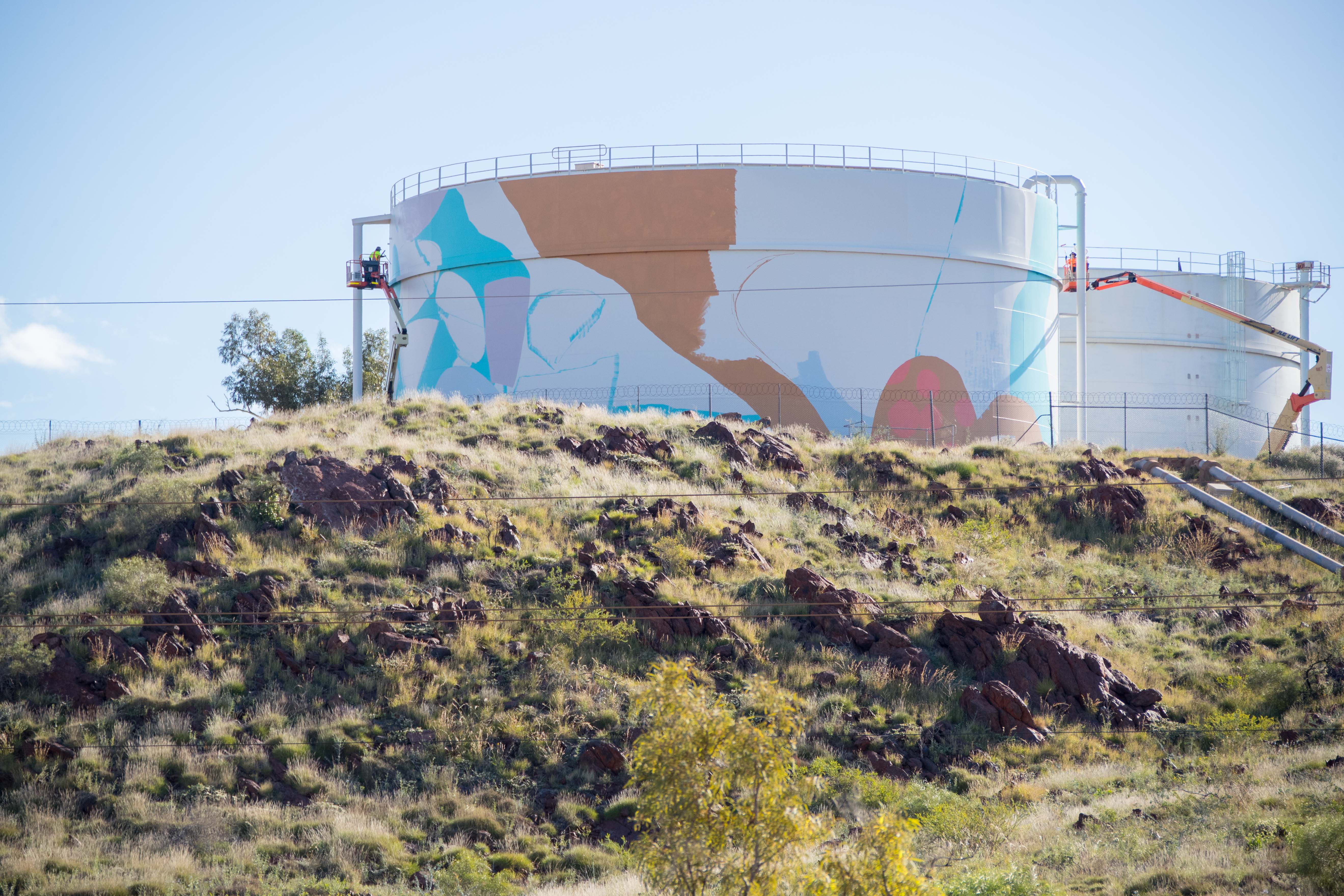